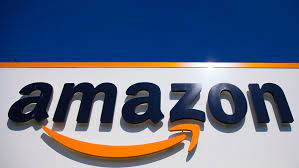 The lawsuit targets contracts between Amazon and its sellers, which D.C. Attorney General Karl Racine said prevent the sellers from offering lower prices on any other website, including their own.

“Amazon wins because it controls pricing across the online retail-sales market, putting itself at an advantage over everyone else,” Mr. Racine said on a call with reporters. “These restrictions allow Amazon to build and maintain monopoly power.”

Racine is seeking to end what he alleges is Amazon’s illegal use of price agreements to edge out competition; the lawsuit also asks for damages and penalties to deter similar conduct. The suit asks the court to stop what it calls Amazon’s ability to harm competition through a variety of remedies as needed, which could include structural relief, often referred to as a form of breakup.

According to the complaint, even after Amazon removed the pricing parity provision from its agreement with third-party sellers, it added a nearly identical clause, referred to as its “fair pricing policy.” The fair pricing policy enables Amazon to “impose sanctions” on a seller that offers their product for a lower price on a competing online marketplace.

An Amazon spokesperson said Tuesday in a statement: “The DC Attorney General has it exactly backwards — sellers set their own prices for the products they offer in our store. Amazon takes pride in the fact that we offer low prices across the broadest selection, and like any store we reserve the right not to highlight offers to customers that are not priced competitively. The relief the AG seeks would force Amazon to feature higher prices to customers, oddly going against core objectives of antitrust law.”