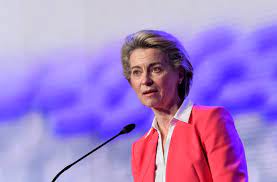 The European Parliament is expected to ratify the post-Brexit EU-UK trade deal – a key move to ensure that tariff-and quota-free trade continues.

The Trade and Cooperation Agreement (TCA) has been operating provisionally since January. MEPs voted on Tuesday and a result is due on Wednesday. MEPs voted in favour by 660 votes to 5, while 32 refrain from voting.

Brexit tensions remain, including a French threat of “reprisals” against the UK over new fishing restrictions. Northern Ireland trade is also a setaceous issue. Under a separate protocol, Northern Ireland remains de facto part of the EU’s single market, so goods arriving there from Britain have to undergo EU checks. Since Brexit there has been some disruption to that trade. They are working hard to get practical solutions in Northern Ireland, but some checks on trade between NI and the UK will remain in place, said both sides.

The TCA covers EU-UK trade in goods, but not services. The UK economy is dominated by services – sectors such as banking, insurance, advertising and legal advice.

Prime Minister Boris Johnson spoke of a “final step in a long journey”. He continued.’’The trade deal provided stability to our new relationship with the EU as vital trading partners, close allies and sovereign equals.”

The result, announced on Wednesday after a vote late on Tuesday, was also welcomed by European Commission President Ursula von der Leyen.