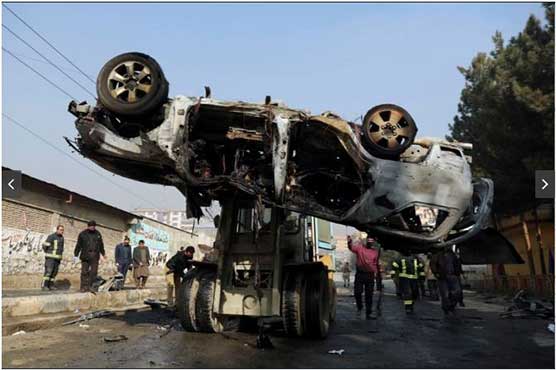 A senior peace ministry officer of Afghan suffered a bomb blast. Luckily the officer survived the attack and got light injuries. The bomb exploded in the capital city of Afghanistan, Kabul on Monday. This is the recent bomb attack after rows of attacks on civilian targets.

The prime targets of such attacks are Afghan officials, activists, and journalists. They are targeted and killed with small magnetic bombs attached to vehicles or by shooting despite the negotiations to end the two-decades-long war.

The official who suffered the attack was Khoshnood Nabizada. He is a senior peace ministry official in Afghanistan and also the editor-in-chief of the local Khaama Press agency. The explosion occurred near a vehicle that was taking Nabizada to his work.

The United Nations Assistance Mission in Afghanistan (UNAMA) criticized and condemned these attacks. The official statement released by UNAMA on their Twitter handle reads “Today’s targeted attack in Kabul against a senior official involved in the peace process is another deplorable incident, akin to an attack on the peace process itself.”

No one has claimed responsibility for the attacks yet but the government officials blame the Islamist Taliban insurgents for all the destruction and chaos. Tactic senior security officials and Western diplomats say they believe the targeted killings are to create destruction and instill fear in the minds of people.

Another attack on Monday in Kabul leads to the death of an officer and a civilian. The Taliban and the Afghan government are negotiating for a peace deal in Qatar.