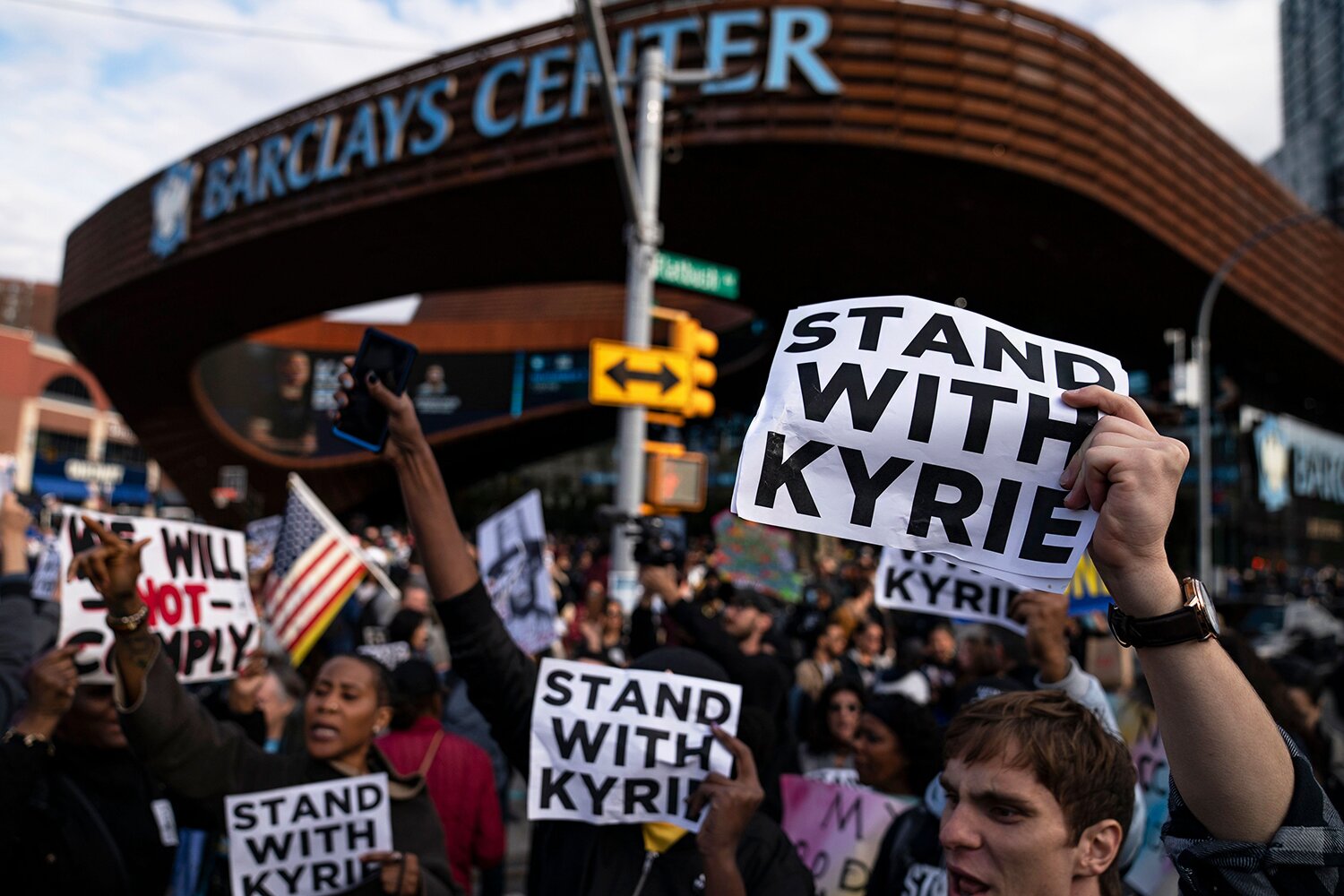 Anti-vaccine protesters gathered outside the Barclays Center on Sunday to support Brooklyn Nets guard Kyrie Irving ahead of his team’s NBA home opener.

Irving has refused to get vaccinated against Covid-19 and is unable to play or practise with his team until he does so, due to local vaccine laws. Before being approached by security, some demonstrators broke through barriers outside the venue. There were no arrests or injuries recorded.

“The Barclays Center temporarily locked its doors today to clear demonstrators from the plaza’s main doors and ensure guests could safely enter the arena,” a representative for the venue said in a statement.

“Only ticketed people were allowed into the building, and the game went on as planned.”

The Covid-19 vaccine has overshadowed the start of the 2017 NBA season, with some players refusing to get vaccinated and others refusing to confirm their vaccination status.

The Nets wasted a halftime lead and lost 111-95 at home, as the Charlotte Hornets won their third game in a row without Irving. Miles Bridges led the Hornets with 32 points, one shy of his career high, as they improved to 3-0, their greatest start to a season in franchise history.

Kevin Durant of the Nets led all scorers with 38 points, but his team fell to 7-3 in home openers since coming to Brooklyn in 2012.

Meanwhile, the Los Angeles Lakers avoided opening the season 0-3 for the second time in four years, thanks to reserve Carmelo Anthony’s 28 points in a 121-118 victory over the Memphis Grizzlies, who were led by Anthony Davis (19 points) and LeBron James (19 points). The Boston Celtics won their opening game of the season, 107-97, against the Houston Rockets, with Jayson Tatum scoring 31 points and Grant Williams adding 18 points off the bench.