In a 2-0 win over Reims, Lionel Messi makes his PSG debut, with Kylian Mbappe scoring both goals 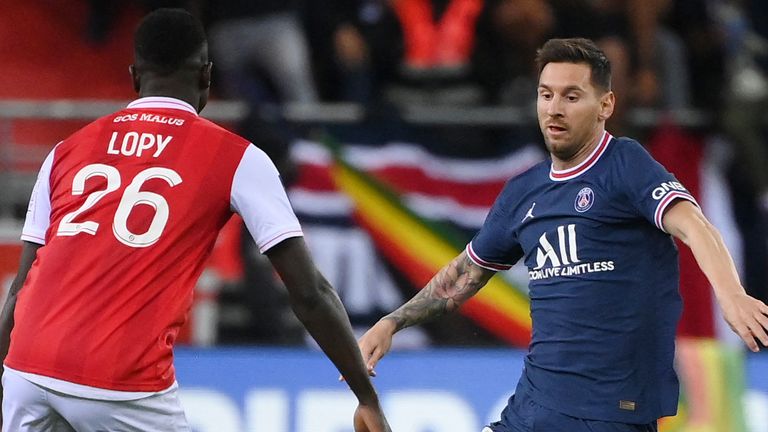 In a 2-0 win over Reims in Ligue 1, Lionel Messi made his Paris St-Germain debut as a 66th-minute replacement.

In front of a sell-out crowd, the Argentine received a standing ovation as he replaced his pal Neymar, who was wearing his new number 30 PSG shirt.

It was his first match for a side other than Barcelona in his professional career. “He is still far from his best form,” Mauricio Pochettino told Amazon. “But he has been training well and will be fit in the next two weeks.”

“It was nice to hear the audience, not just our supporters, cheering for him; it’s something Leo has earned.”

Kylian Mbappe scored both goals in what could be his final appearance for the club, with Real Madrid keen to sign him before Tuesday’s transfer deadline.

His first goal came from a header from an Angel di Maria pass, while his second came from sweeping home a cross from Achraf Hakimi.

The focus, however, will be on Messi, who came on just after the second goal.

After Reims sold over 20,000 tickets for the Stade Auguste-Delaune match, seats for the game were resold for roughly 6,000 euros. Only roughly 6,000 were sold before Messi’s signing.

He made several beautiful passes and was a part of some good link-up play that resulted in numerous fouls. However, he received only a few touches in the penalty area and had no opportunities to fire.

Messi has missed the first four games for PSG since joining on a free transfer from Barcelona. This was his first game since Argentina won the Copa America in July.

He joined Barcelona as a 13-year-old and went on to score a club-record 672 goals in 778 games. He is regarded as one of the best footballers of all time, having won six Ballons d’Or, a record.