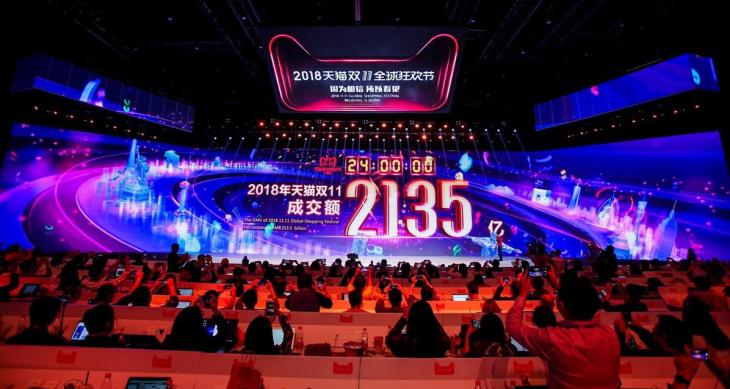 The world’s largest online shopping frenzy, Alibaba’s Singles Day, is held every year in China. However, as Beijing tightens down on enterprises and economic growth slows, it’s been a more subdued affair this year.

The 11-day event’s sales increased at the slowest rate since it began in 2009, gaining 8.5 percent over the previous year.

This is the first year that sales for Alibaba’s Singles Day, also known as the “11.11 Global Shopping Festival,” have failed to climb by double digits year over year. It comes as the Chinese government has moved quickly in recent months to impose strict new controls on the country’s internet behemoths.

Beijing has begun implementing restrictions to guarantee that the technology industry competes fairly and contributes more to society after years of minimal control.

During the crackdown, Alibaba made headlines when it paid a record $2.8 billion fine after a review concluded it had exploited its market dominance for years. The corporation also stated that it would alter its business practises.

This year’s Singles Day, according to Shen Lu of technology website Protocol, was about enhancing the company’s image: “Alibaba is trying to market itself as a digital company with social responsibility.”

“They’re demonstrating that they’re following the rules and fitting in with the political climate,” she explained.

With eco-friendly items and campaigns to raise money for good causes, this strategy gave the event a more socially conscious focus than in prior years.

Consumers may also be hesitant to make impulse purchases as China’s economic recovery appears to be stalling. Official estimates show that the world’s second largest economy grew by 4.9 percent from a year ago in the July to September quarter.

That was the slowest growth rate in a year, and it was worse than economists had projected. It comes as the economy is being weighed down by power shortages, new outbreaks of Covid-19, and fears about the country’s property market.