After a mishap on America’s Got Talent Extreme, a British stuntman says boo to death 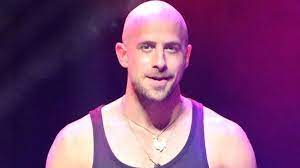 From the hospital, a UK stuntman who was involved in a serious accident while practising for America’s Got Talent: Extreme last week has expressed gratitude to his fans.

On Wednesday, Jonathan Goodwin posted a picture, joking on himself saying “ na-na-na to death”. According to reports, the 41-year-old was wedged between two dangling vehicles before plunging to the earth. He stated that he will take a hiatus after the accident put him “on the verge of death.”

According to TMZ, the trick required the Welshman to break free from a straitjacket while dangling between two swinging automobiles by his feet. Goodwin, however, was stuck between them and fell to the ground, rather than securely sliding between them on to an air mattress below. He was responsive and had been brought to the hospital, according to a spokeswoman for the programme, who told Variety at the time.

“A few days ago, my life took a full wrong turn,” Goodwin, alias The Dare Devil, wrote in an Instagram update to his fans. And then there was the outpouring of affection from all around the world, from individuals I didn’t believe would know or remember me… It’s just been incredible.”

The show will premiere on NBC in the United States later this year or early next year.  UKTV’s Watch in 2012, he was granted his own stunt series, The Incredible Mr. Goodwin.

Allowing himself to be attacked by a shark, free climbing buildings, and resting on a single nail while a breezeblock is cracked on his chest with a sledgehammer are among his on-air antics. He’s also done “extreme planking” and been “buried alive” for fun.

Goodwin, who has performed as one of The Illusionists in London’s West End, was also a semi-finalist on America’s Got Talent last year.