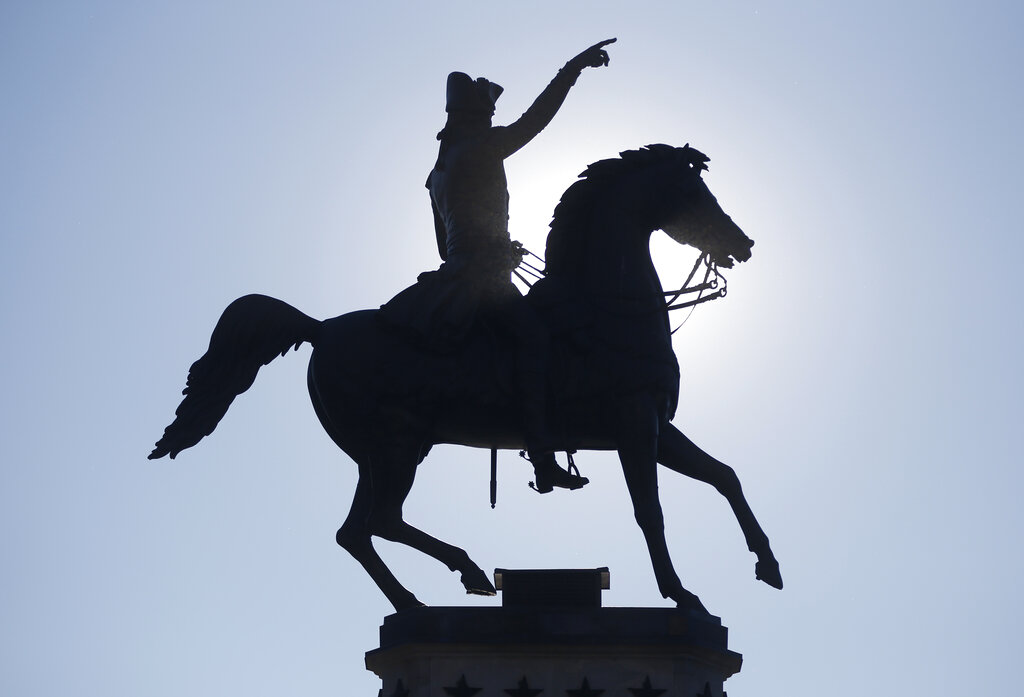 In an executive order of his own, Biden abolished the Trump-formed task force to create the new monument, which the former president proposed last year. It was to have featured sculptures of dozens of American historical figures, including presidents, athletes and pop culture icons, envisioned by Trump as “a vast outdoor park that will feature the statues of the greatest Americans to ever live.”

It was a response in part to the pulling down of statutes during protests following the death of George Floyd, as well as the planned removal of Confederate monuments across the country.

Planners of the National Garden had envisioned a massive monument, perhaps even larger than the National Mall, with more than 200 names put forward for inclusion. But the project never got congressional funding, leading to great skepticism that it ever would see the light of day. Many recently opened monuments in Washington, D.C., like the Dwight D. Eisenhower Memorial and the National World War I Memorial, were built after years of planning and design battles.

“We will raise the next generation of American patriots,” Trump said during a speech last July at Mount Rushmore where he announced his idea for the garden. “We will write the next thrilling chapter of the American adventure. And we will teach our children to know that they live in a land of legends, that nothing can stop them, and that no one can hold them down.”

Trump had named a task force to work on the national garden, but it didn’t get much farther than the planning stage.

Biden also rescinded Trump’s executive order that called for a crackdown on social media companies, after Twitter began labeling some of his tweets for fact-checking purposes. That order called for the Justice Department and eventually the FCC to investigate whether changes could be made to a federal law that gives platforms legal immunity for the way that they moderate content.