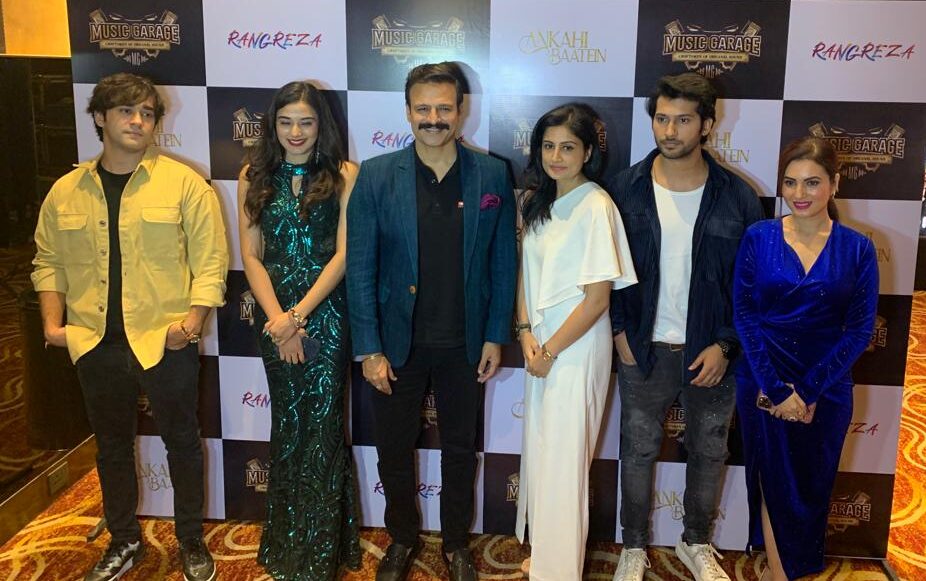 In a very short span of time, Music Garage – the music label – has established itself as a platform that gives an opportunity to talented artistes and releases high-quality and entertaining independent songs. The label has to its credit super-hit singles like ‘Ankahi Baatein’ and Rangreza. Music Garage has released two new songs and chief guest actor Vivek Oberoi was present for the music launch.

At the Music Garage launch event, Vivek stated that the kind of opportunities and avenues people have right now is a lot higher as compared to when he started out in the industry.

Expressing his happiness in words, actor Vivek Oberoi shares, “When I entered the Industry, I picked a different route than most people. I didn’t want to use my father’s influence. I did not ask him to produce a film for me or launch me. During that time there was a trend of actors getting launched by their families. Back then I didn’t have so many avenues. There was no place where I could have gone and made a music video and showcased my talent. I had to audition for a role in Ram Gopal Varma’s office. I was lucky that I got the opportunity, which most people don’t get.”

Further adding, he said, “We need a platform which recognizes young talent. Music Garage is a great platform because when you make 100 new songs, you would be giving chance to 100 new talents who they can showcase their talent and be liked by people”

Music Garage co-founder S K Ahluwalia says “This new music label is an incredibly exciting extension of talent’s strategy to progress the conversation and landscape of music by taking our label to the most exciting global markets.”

The music video of “Ankahi Baatein”, featuring actors Stefy Patel and Namish Taneja has released on Music Garage. One can concur the fact that this beautiful romantic track justifies the aforementioned line completely. Featuring alongside Stefy in the video is popular actor Namish Taneja who is known for his roles in several popular TV series. The chemistry which Stefy and Namish share in the video is one of its USPs.

The label has also released a beautifully conceptualized music video ‘Rangreza’ that features stunning Anusmriti Sarkar along with Anuj Saini. The short musical story has been captured in a beautiful location. It has beautifully shots that’s been making audiences a fan of the musical picturization.

Music Garage as a label, is known for promoting great quality songs by some of the best independent artists in the music industry.

Now, the label has just released two brand-new songs titled ‘Ankahi Baatein’ and ‘Rangreza’. Whoever listens to this mellifluous tracks just once would vouch for the fact that these are one of the most romantic songs heard in the recent times!